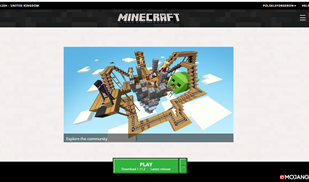 Minecraft have recently updated minecraft to 1.10 on the 8th June, 2016. This means that there are lots of new editions and features added to minecraft 1.10, such as new blocks, animals and more.

Here are some examples of new features that have been added:

These are only some of the main features that have been updated and added to the new minecraft version 1.10.

You may be wondering why you might not be able to connect to most servers using minecraft 1.10, but this is because some servers are happy to stay at minecraft 1.7, 1.8 or 1.9 and also some servers haven’t yet updated and changed to 1.10. If you are unsure of how to change your minecraft version, click this link and scroll to the bottom of the page, which tells you how to change your minecraft version: https://www.mini-beans.co.uk/minecraft-multiplayer-pc/

If you are wanting a server that does allow players to play on minecraft 1.10, here is a Minecraft 1.10 Server IP: