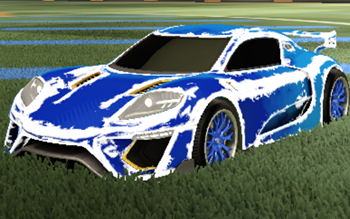 There are common, rare, very rare and special decals such as Rocket League black market decals and also Rocket League mystery decals. The common decals can and must be unlocked by playing the game as usual and finishing matches. Flames, Stars, Stripes and Tech are already unlocked from the very beginning of the game. Of the rare decals, some are only found by opening crates, while others are found in random drops or via trade-ups. Very rare decals are only found in crates, while special decals are issued in various promotions.

To understand what a Rocket League Decal actually is, we need to look at the origin of the word ‘decal’. A decal refers to an image, usually a sticker or transfer, projected onto an existing surface. In Rocket League, decals exist as a customisation option. The way they work is that each Battle-Car benefits from its own unique set of decals, which you can unlock as you progress through the game. Decals in-game also record the number of saves performed by your car while equipped. This elevates the Rocket League decals from cool cosmetic upgrades to useful accessories.

Let’s take a look at some of the most popular decals to collect in-game.

All Blackmarket decals are pretty rare and this one is no exception. At the time of writing the Heatwave decal has a market value of around 22 keys (just over $20 assuming a purchase of 20 keys at a time). The Heatwave decal looks very cool, with a retro feel achieved by blurred lines. It really can look devastating.

The specific detail of the Hexed Black market decal is given away in its name. Made up of a pattern of hexagons, this decal proves very popular and is more affordable on the market at around 8 keys. This was originally available in the Champion Crate 4.

Another Blackmarket decal, this one goes for around 5 keys and in my opinion is one of the coolest looking decals on the market. It looks like a sort of winter window pattern, with ice and frostbitten branches and really looks ace.

Found in Nitro Crates and worth a sizeable 28 keys on the market, this very interesting decal sets pulses raising and wallets opening among its many fans. The bubble effect can look great with the right colour and car combo.

A glitchy, almost Tetris-inspired patterned decal, the Parallax is worth around 7.5 keys at the present time and looks great on bright, garish colours.

With inspiration from the natural world, in the form of zebra stripes, the Tora is another Blackmarket decal available for only 2.5 keys.

Modern and menacing, the Spectre decal is another Blackmarket item and can be yours for around 6 keys. Looks stunning in blue.

This one looks incredible when animated, with waves of black smoke effect looking devastating on top of lime green. It’s a Blackmarket job and will set you back around 11-12 keys.

A busy design and one that can be overkill or killer depending on the car and colours, this Blackmarket decal is costly at around 21 keys.

Last up in our list is the Labyrinth. A futuristic maze-effect design that almost looks like a Maori facial tattoo, the labyrinth decal is a stunner and a bargain at 3 keys! 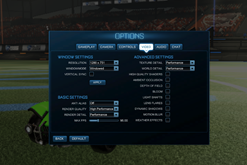 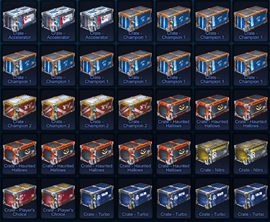 How to Buy & Get Rocket League Crates 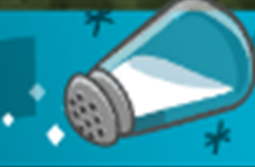